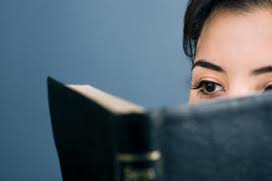 The past few weeks, we’ve been exploring the return of Christ, particularly examining the views on the millennium and rapture that have sometimes divided Christians. In the next three weeks, we’ll wrap up this series by looking at some of the other end times elements that often pique our curiosity.

The tribulation
Especially in the books of Daniel and Revelation, we see emphasized a period of 7 years, which we usually refer to as “the tribulation.” This tribulational period immediately precedes Jesus’ return to earth.

If you’ve read many books or materials from pretrib teachers, you’ve probably seen very precise interpretations of what the vivid elements in the book of Revelation are supposed to describe. But, as we saw in our previous study Revelation: The story comes full circle, it’s a mistake to assume that the descriptions in Revelation should be taken literally, and it’s typically pretrib teachers who interpret Revelation in an overly literal manner. This explains why the people who try to date the return of Christ or tell us how the latest altercation in Iran or Iraq fits precisely into end times prophecy (and then have to later retract their claims!) are invariably pretrib teachers. Now, the best pretrib teachers don’t indulge in this kind of speculation, but—unfortunately—there are many more of their fellow pretribbers who over-compensate for these teachers’ restraint.

Apocalyptic = symbolism
As we saw in our previous study on Revelation, this book is an apocalyptic form of literature, which means we should expect it to be highly symbolic. And it doesn’t take us long to see this is just what we find in Revelation. We have lampstands that aren’t literal lampstands, and dragons that aren’t literal dragons, and stars that aren’t literal stars, and a seven-headed, ten-horned beast rising up out of the sea. Usually in our study of Scripture we assume the text is literal unless something indicates otherwise, but in Revelation we must assume these descriptions symbolize something else unless we see something in the text that convinces us we must take it literally.

This apocalyptic, symbolic nature of Revelation is the reason why most posttrib teachers are hesitant to take literally such things as the 144,000 (search out the immediate problem with the list of tribes in Rev. 7:4-8), the description of the bizarre locusts in Rev. 9:3-11, or even the two witnesses in Rev. 11:1-14. Of course I realize this isn’t nearly as fun as thinking we can figure out ahead of time exactly how each of these events will take place and what they’ll look like! And because of this caution we don’t have a flood of posttrib books the way we do pretrib materials. But I would argue this is a much more biblically sound and balanced approach, and it avoids the embarrassing, outlandish claims we’ve all too often witnessed.

What will happen during the tribulation?
It’s not uncommon for people (even non-Christians) to think of this 7-year tribulational period as a virtual hell on earth. But as we learned in the post on Revelation, this isn’t the case. Actually the first part of this time will be relatively peaceful for many, and the only possible indication we’re in this final period will be uniquely new developments in the Middle East. (More on this next week.)

There are a few things that we know will occur during the last part of this tribulation before Christ returns:

Great persecution will take place against both Jews and followers of Christ.

Then you will be arrested, persecuted, and killed. You will be hated all over the world because you are my followers.

When the dragon realized that he had been thrown down to the earth, he pursued the woman who had given birth to the male child. . . . And the dragon was angry at the woman and declared war against the rest of her children—all who keep God’s commandments and maintain their testimony for Jesus.

This means that God’s holy people must endure persecution patiently, obeying his commands and maintaining their faith in Jesus.

Large numbers of people who have claimed to be followers of Christ will turn away from the true faith.

And many will turn away from me and betray and hate each other. And many false prophets will appear and will deceive many people. Sin will be rampant everywhere, and the love of many will grow cold. But the one who endures to the end will be saved.

Now the Holy Spirit tells us clearly that in the last times some will turn away from the true faith; they will follow deceptive spirits and teachings that come from demons.

All of the world will be reached with the gospel.

And the Good News about the Kingdom will be preached throughout the world, so that all nations will hear it; and then the end will come.

After this I saw a vast crowd, too great to count, from every nation and tribe and people and language, standing in front of the throne and before the Lamb. They were clothed in white robes and held palm branches in their hands. And they were shouting with a great roar,

“Salvation comes from our God who sits on the throne
and from the Lamb!”

God will pour out plagues on the earth.
Just as with the plagues God poured out on Egypt, at first these plagues will be mostly disruptions and inconveniences. But near the end of the tribulation, these plagues will begin to build in intensity as a woman experiencing the pains of childbirth. The stage is then set for the final, crashing crescendo of the return of Christ that occurs after the tribulation.

The first plagues are described as testing the inhabitants of the world. What Scripture refers to as “the wrath of God” against those who are openly rebelling against him only occurs at the very end. As we saw a few weeks ago (Removed or protected?), these plagues from God will not touch or harm those people who belong to him. As with the judgment of Egypt, because we place our faith in the sacrificial Lamb (Jesus), God will protect and pass over us.

We also find other details about the tribulation in biblical prophecy, with some passages referring to a rebellion against God led by someone most of us have heard of: the “Antichrist.” Who is this guy? What can we know about him? We’ll explore this next week.

The return of Christ series:

More on the millennium

Examining the pretrib rapture: Israel and the church

Examining the pretrib rapture: Is the rapture imminent?

Locusts and dragons and beasts, oh my! (Or the great tribulation) [see above]

“Pleased to meet you . . .” (Introducing the Antichrist)

The return of Christ: Odds and ends