Every now and then in a class or Bible study, someone will emphasize that Christians must faithfully obey the Ten Commandments. Now, part of the job of the teacher is to challenge the people they’re teaching, to get them wrestling with vital concepts, to facilitate a certain amount of creative tension. Often we need to spend more time questioning answers than answering questions. And I certainly cause some head-scratching when I ask: “Are we supposed to obey the Ten Commandments?”

“Of course, we are!” a few people will say confidently.

This usually leaves the people more than a little nonplussed. Finally, someone will say, “Because it’s in the Bible. It’s God’s law.”

“So, you keep the Ten Commandments?”

“Do you keep the Sabbath?”

“That’s great,” I’ll say, “but that’s not keeping the Sabbath. If we’re going to follow God’s law, we can’t alter it or adjust it. The Sabbath is the seventh day, which is Saturday. And keeping the Sabbath didn’t have anything to do with going to church. It was having a day of total rest. No work, no chores around the house, not even any cooking or traveling. Nothing that would cause you to exert yourself. Do you faithfully do this every Saturday?”

At this point, another believer may jump in and ask, “But aren’t there passages that say we don’t need to observe the Sabbath anymore?”

To which I’ll often respond, “Yes, let’s take a look at a few of them.”

In the same way, some think one day is more holy than another day, while others think every day is alike. You should each be fully convinced that whichever day you choose is acceptable.

You are trying to earn favor with God by observing certain days or months or seasons or years. I fear for you. Perhaps all my hard work with you was for nothing. Dear brothers and sisters, I plead with you to live as I do in freedom from these things, for I have become like you Gentiles—free from those laws.

So don’t let anyone condemn you for what you eat or drink, or for not celebrating certain holy days or new moon ceremonies or Sabbaths. For these rules are only shadows of the reality yet to come. And Christ himself is that reality.

I also have them look at the example of the early church in the New Testament and see that there’s no place where Christian believers are taught to observe the Sabbath. Finally, I’ll ask, “So, are Christians required to keep the Sabbath?”

“No,” is usually the answer from everyone.

“Okay, then I guess that means that Christians are supposed to obey the Nine Commandments . . . right?”

And now they’re grappling with the issue again! Do you see where the confusion is coming from? We have a tendency to open the Bible anywhere and, because it’s all God’s Word, assume that everything applies to us. In previous studies, we’ve discussed how this causes a lot of confusion and error. We know instinctively that not all of the Old Testament applies to us now. But surely some of it does. Wouldn’t this include the Ten Commandments?

Some have tried to solve this by distinguishing between moral laws and ceremonial laws. There’s only one problem. We don’t find even one place in the Bible—either in the Old Testament or the New—where it categorizes the law in this way. Instead it consistently refers to “the law” in its entirety. To say ‘this isn’t a moral law, it’s a ceremonial law,’ is really just a fancy way of saying, ‘I don’t think this law should apply to me.’ If we don’t have any biblical basis for making this distinction, we’re right back where we started.  (And James is very clear that if we’re going to keep the Mosaic law, we have to keep all of the laws [James 2:10].)

When were the Ten Commandments given?
When the people were at Mt Sinai, after God had delivered them from slavery in Egypt.

What was the context?
The Ten Commandments were part of a much more extensive law given to the people by God. This was part of God establishing his covenant with the people.

With whom was God entering into this covenant, and to whom was this law given?
The nation of Israel.

Are we part of the nation of Israel?
Many of us are not. We would fall into the same category as the new Gentile believers in the early church, who were not required to become Jews and obey the Old Covenant law.

So the Old Covenant is not our covenant,
and the Old Testament law is not our law. 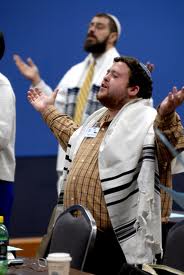 But what of Jewish followers of Christ today? Are they obligated to observe the Old Covenant law? The Old Covenant (the formal relationship established between God and the people of Israel), with it’s laws and sacrifices, pointed forward to and anticipated Jesus. He established a New Covenant—a new way for any of us to enter into relationship directly with God.

This New Covenant in Christ fulfilled the Old Covenant (and its laws and sacrifices) and superseded it. All followers of Christ—Jews and Gentiles—are New Covenant people of God. We’ve been freed from the Old Covenant law and are no longer under its jurisdiction. (Some Jewish followers of Christ still observe their traditional laws and customs, but this is because they choose to; they don’t follow the old law to earn God’s favor.)

Do we see this in Scripture? The letter to the Galatians was written about this very issue, so let’s begin there:

Why, then, was the law given? It was given alongside the promise to show people their sins. But the law was designed to last only until the coming of the child who was promised.

Before the way of Christ was available to us, we were placed under guard by the law. We were kept in protective custody, so to speak, until the way of faith was revealed.

Let me put it another way. The law was our guardian until Christ came; it protected us until we could be made right with God through faith. And now that faith has come, we no longer need the law as our guardian.

Corresponding to Paul’s teaching in this letter are the many references to us no longer being “under law, but under grace.” The book of Hebrews also makes clear this change:

When God speaks of a “new” covenant, it means that he has made the first one obsolete. It is now out of date and will soon disappear.

So, does this mean that we can do whatever we want? That we’re not bound by any law at all? Not at all! Paul makes this clear as well in 1 Corinthians 9:20-21:

When I was with the Jews, I lived like a Jew to bring the Jews to Christ. When I was with those who follow the Jewish law, I too lived under that law. Even though I am not subject to the law, I did this so I could bring to Christ those who are under the law.

When I am with the Gentiles who do not follow the Jewish law, I too live apart from that law so I can bring them to Christ. But I do not ignore the law of God; I obey the law of Christ.

Did you notice how he clarifies this? He is not subject to the old Jewish law, but he is still under the law of Christ. James makes the same distinction in James 2:8-13 when he speaks of the “royal law” of love and the “law that sets you free.” Now we can see how significant it was for Jesus to tell his disciples that he was giving them a new commandment (John 13:34).

What is this new commandment of Christ? “Love one another.” When we truly love God and love each other—in faith in Christ and through the power of the Spirit—we fulfill the law. Not only that, but when we view the Old Testament legal instructions through the lens of Christ’s law of love, we’re able to distinguish easily between the unchanging moral requirements of God and the temporary civil and ceremonial laws for the people of Israel.

If you love someone, will you murder them? Of course not. In fact, Jesus says we won’t even have hatred in our hearts toward them. If you love your spouse, will you commit adultery? No. We won’t even entertain lustful thoughts about someone else if we’re truly loving. If we love God, will we worship something or someone in his place? Definitely not.

If we love God and others, will we keep the Sabbath? This isn’t simply a question of love anymore, is it? The Sabbath was intended to set apart the nation of Israel as God’s people. Keeping the Sabbath was a temporary ordinance, not an eternal moral imperative. The same is true of laws prohibiting the eating of pork, marking of one’s body and mixing different kinds of fabric. When we look at the Old Testament law through Christ’s law of love, we’re able to clearly distinguish between the eternal and the temporary, the moral and the ceremonial. But we’re not making this distinction purely on our own, but by seeing everything through Christ’s New Covenant law of love. And it’s not a coincidence that most of the unchanging moral requirements are reiterated in the New Testament, while the temporary civil and ceremonial codes are not. 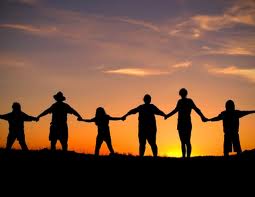 So are we supposed to obey the Ten Commandments? We follow many of these same commands: we don’t worship other gods, we don’t murder, we don’t steal, etc. But we don’t follow them because they’re in the Ten Commandments. We follow them because we follow the way of Christ and his law of love. To fail to observe these laws would be to fail to love God and each other. But we must keep clear in our minds that we are not the nation of Israel, and we are not under the Old Testament law. We follow Christ and his New Covenant law of love.

We strive every day to love as Jesus loves, and hopefully we’re continually growing in this life of love. One day we will perfectly love as God perfectly loves us. Then we will be truly human as God always intended us to be. And when we are completely transformed by the love and power of Christ, then we will perfectly fulfill the law of God. Because all he requires from us . . . is for us to be who he created us to be.

Are Christians supposed to tithe?

How to study the Bible series:

Which Bible version should I use?

Why do we have to “study” the Bible?

Where are we?: Getting a feel for the bigger story

You’ve got mail: Opening the letters to the churches

Building bridges: Cultural differences in the letters to the churches

Following the story: God and his people, part 1

The heart of the story: Jesus

Following the story: God and his people, part 2

Acting on Acts: How do we apply Acts to the church today?

Should Christians obey the Ten Commandments?: Christians and the Old Testament law [see above]

The psalms: Prayers to God that speak to us

Walking with the wise: Learning from the Bible’s poetic wisdom

The prophets: God’s messengers, calling his people back