[I originally posted this on July 28 of last year, but I wasn’t able to finish the series at that time. Because this is a vital topic, I’m “rebooting” this series to give it the attention it deserves.] 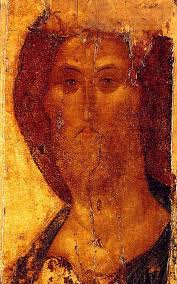 For quite some time, I’ve wanted to lead a discussion group on the search for the historical Jesus. Who was Jesus? What can we truly know about him? How can we sort through all the different claims and controversies that seem to be popping up everywhere? I originally planned to invite everyone in our community to this study, to encourage the active involvement of not only Christian believers but also seekers and skeptics as well. The timing and logistics for such a group haven’t fallen into place, so I’ve decided—for now—to write a series of blog posts on this topic.

Why is this important?
Beyond merely responding to the amazing amount of books and articles that have been produced in the last few years on the quest for the historical Jesus, these questions have profound significance for anyone interested in discovering what is really true. Christianity has always been an historical faith. By that I don’t mean it’s recorded in history, but that it claims as the basis for its existence an historical event. Christians who subscribe to the historic, orthodox Christian faith claim that Jesus lived, taught specific things (including dramatic claims regarding himself), was crucified, buried, and rose from the dead. We believe many other things as well, but the basis for everything we believe comes back to an historical Jesus: his life, teachings, death and—most crucially—his resurrection. Christians believe in this resurrection of Jesus as a literal, space/time event. The Christian apostle Paul, writing to other Christian believers, declared, “If Christ has not been raised, then all our preaching is useless, and your faith is useless. And we apostles would all be lying about God [1 Corinthians 15:14-15].”

Most Christians today would still echo this sentiment. If the claims in the New Testament are true, they change literally everything and have huge implications for the lives of every single person. If the New Testament accounts are not true, then this calls the entire Christian faith into question, at least in its historic, orthodox form. The stakes in resolving these questions are enormous, and this is why the academic study of these issues has garnered so much attention.

So how do we even approach this kind of subject? Can we know anything at all about the historical Jesus? That’s what we’re going to be exploring in the next few posts. But first, a few ground-rules.

Common courtesy
Unfortunately, courtesy isn’t always that common anymore.  I understand this topic may be very emotional for some people, but be warned now: hostile, insulting or vulgar comments will be deleted. I won’t censor the comments as far as real content—you can make any sincere assertions or challenges you like—but do so with respect and grace. Remember, this isn’t a debate, it’s a discussion. The idea isn’t to win an argument, it’s to seek truth, whatever the truth is and wherever the search may take us.

Stay on topic
This is a very broad-ranging area for discussion, and it will be really easy for the comments to begin losing focus. I’m going to try to cover all of the relevant issues (let me know if you think I’m missing something), but I’m going to post on only a single, specific aspect of this study at a time. So I’m asking you guys to keep your comments focused on the specific, limited issue we’re discussing at that time. For example, one of the questions we’ll examine early on is whether we can know that Jesus even existed. This is an important question we need to explore. When I do post on this issue, feel free to fire away with questions and challenges regarding the existence of Jesus. But don’t respond now to this current post with a diatribe on why Jesus couldn’t have existed (or, conversely, why no one should doubt his existence). We haven’t got there yet! I’m going to be extra vigilant at policing the comments because I don’t want our discussions to become derailed by trying to discuss too much at one time. I appreciate your help in this.

Absolute proof?
One misperception we should dispel right way is the idea that I’m trying to prove the Christian claims regarding Jesus are true. Some people demand proof beyond a shadow of a doubt before they’ll believe. Of course, we can’t absolutely prove anything, and this is especially true when we’re dealing with historical claims and evidence. When we’re examining history, what we’re looking for is more of a ‘preponderance of the evidence,’ to borrow a legal term. I can’t absolutely prove when and where I was born. But I can present a fairly compelling case that would likely convince anyone willing to believe. We don’t know absolutely that George Washington was the first U.S. president, that Napoleon was defeated at Waterloo, or that John F. Kennedy was assassinated in November of 1963. But we’re relatively certain these things occurred. In this discussion, we’re not expecting absolute proof (or at least we shouldn’t be); but we are looking to see if the evidence exists, and whether it’s compelling enough to reach a certain conclusion.

Perfect objectivity?
The philosophical term is ‘presuppositions,’ and we all have them. The idea that we can examine a subject and be completely impartial and objective is simply naive.  Each of us has been raised with, or has accumulated, various perceptions and viewpoints, and these presuppositions (what we naturally assume to be true) color how we think about any subject. We need to just be honest about that. But this doesn’t mean we can’t be aware of our presuppositions, that we can’t temporarily set them aside, and even consider the possibility we’re wrong. If we couldn’t do this, we wouldn’t be able to change our minds about anything! As one of my favorite sayings puts it: If you never have to change your mind, you’re probably not using it. We have the capability to see past our own viewpoints and fairly consider the claims of others. This is what I’m asking all of us to do in this discussion.

Specifically, for you evangelical believers, I’m asking you to reexamine why you believe what you believe. To paraphrase Socrates, the unexamined faith is not worth holding. Don’t merely refer back to what the Bible says. We need to be willing to explain why we believe the biblical account. It’s healthy for us to sincerely wrestle with these questions.

For you skeptics, I ask you to consider the possibility the New Testament accounts may be true. You don’t have to be convinced—but are you open to the possibility? Many have professed they were examining the claims regarding Christ in a fair, scholarly manner—but ruled out ahead of time any possibility of the supernatural. This isn’t intellectually honest. The conversation below is just an illustration, but these kinds of exchanges are actually not that uncommon:

skeptic: The miracles in the Bible never happened.

believer: How can you be sure?

believer: But what about all the reports of miracles happening today in people’s lives?

The unbelieving person can rely on logic that is just as unsound and reasoning that is just as circular as the person who believes the Bible just because the Bible tells them to believe the Bible. Let’s all of us set aside our presumed conclusions, consider the possibility we may be wrong, and see where the evidence leads us.

Accessible, non-technical language
I confess that I enjoy reading dusty tomes on theology and philosophy. But if we were to carry on this discussion using technical philosophical terminology, a lot of people would get headaches trying to follow us and eventually drop out of the discussion. It’s important and right to challenge each other to think more deeply, but that doesn’t mean we have to use twenty-dollar words to do it. C.S. Lewis once said that if we can’t present our viewpoints in a simple, understandable manner, then we probably don’t really understand them ourselves! If you lapse into technical, philosospeak in the comments section, I may respond in kind for clarity. But let’s try to communicate as simply and

clearly as we can so everyone can follow the conversation. We’re not here to impress each other, but to dig deeper for the truth.

In accounts recorded in the New Testament Gospels, Jesus is reported to have asked his disciples, “Who do you say that I am?” This is the question we’re seeking to answer. So hang on, ’cause here we go.

The search for Jesus [see above]

Was the story of Christ copied from other religions?

Why did the early Christians accept the New Testament Gospels?

Why did the early Christians reject the “alternative gospels”?

How reliable are the New Testament Gospels?

What can we know about the historical Jesus?

What good is a dead Messiah?

One thought on “The search for Jesus”