The last few weeks we’ve been talking about the rapture. After a brief introduction, we began by focusing on this question: Does the Bible teach that the rapture is a distinct event, separate from the final return of Christ to earth? We can consolidate all the views into two groups, depending on how they would answer this question. If we determine the answer is no, then the posttrib view is the biblical one. Those who hold to all the other views (pretrib, midtrib, pre-wrath, etc.) would answer this question yes. Because the pretrib teachers were the first to suggest the rapture is a distinct event happening years before the return of Jesus—and because all other views except the posttrib view are variations of the pretrib view—we’ve been examining the pretrib view first.

We’ve found that no scriptural passage clearly teaches the rapture as a separate event before the return of Christ. The pretrib rapture view is based on other biblical claims that are said to make the pretrib rapture necessary. A few weeks ago, we examined the claim that God always works exclusively with either Israel or the church, never both at the same time. We found this idea to be unscriptural. Last week, we explored the most common supporting claim of the pretrib view, the truth that believers in Christ are not subject to the pouring out of God’s wrath. But the biblical pattern shows that God doesn’t remove his people before testing and judging a rebellious people; he protects and passes over them during the judgment. We found no scriptural reason to assume God would remove his people from the earth before testing and judging a rebellious world.

Does the Bible teach that the rapture can happen at any time?

What scriptural passages is this view based on? [When discussing this topic, it’s helpful to see the precise wording in these passages so, unless otherwise indicated, I’m quoting here from the NET, a more formal translation than the NLT.]

Therefore stay alert, because you do not know on what day your Lord will come. But understand this: if the owner of the house had known at what time of night the thief was coming, he would have been alert and would not have let his house be broken into. Therefore you also must be ready, because the Son of Man will come at an hour when you do not expect him.

. . . then the master of that slave will come on a day when he does not expect him and at an hour he does not foresee . . .

Therefore stay alert, because you do not know the day or the hour.

(We could also list parallel passages from Mark and Luke, but they say essentially the same thing.)

Now, if we look carefully at these verses, we see a familiar problem for the pretrib view. These passages are wonderful reminders that we don’t know exactly when Jesus is returning and so we must stay alert—but they don’t say anything about what will or will not happen before he returns. We simply can’t use these Scriptures to teach that the return of Christ for his people must be an “any-time” event and that nothing has to happen first. These verses don’t tell us that. Just because we don’t know precisely when something is going to happen doesn’t mean there are no other events leading up to this happening. In fact, in the same instructions to his disciples we quote from above, Jesus said this (after describing what would happen at the time of the end):

Learn this parable from the fig tree: Whenever its branch becomes tender and puts out its leaves, you know that summer is near. So also you, when you see all these things, know that he is near, right at the door.

Jesus himself described the signs that would indicate his return was getting near, and these are signs his followers will see. This means Jesus won’t return for his people until after these signs occur.

Many pretrib supporters refer to 1 Thessalonians 5:2 that says “the day of the Lord will come in the same way as a thief in the night,” and that sudden destruction will come upon those not expecting it. But they forget the same chapter tells us:

But you aren’t in the dark about these things, dear brothers and sisters, and you won’t be surprised when the day of the Lord comes like a thief.

In the same way, some quote James 5:7-9 that tells us to be patient and take courage because the coming of the Lord is near, and the Judge is standing at the door. Of course, this passage also describes the kind of patience we are to have:

Think of how the farmer waits for the precious fruit of the ground and is patient for it until it receives the early and late rains.

This doesn’t seem to be saying that nothing has to happen before the return of Christ any more than it’s saying that nothing has to happen before a harvest comes. Some also refer to passages that instruct us to “wait for” or “look for” the return of Christ or even “eagerly anticipate” it. But these also don’t mean the rapture is an any-time event or that nothing must take place before it occurs. These passages are all beautiful and encouraging, but they don’t justify the assumptions of the pretrib teachers.

More timing problems
Jesus taught that his people would see signs leading up to his return, as we read in the passage above. The signs to which he referred include such events as the ‘abomination of desolation’ (when the Antichrist enters the Temple and declares himself to be God) and the terrible, awesome signs in the heavens that occur immediately before Christ descends to earth. Apparently, Jesus was not expecting his people to be removed from earth before these things happen.

But Jesus also prophesied other things that were still to take place before he returned for his people: Peter would live to an old age and then be led to his death (John 21:18-19), Jerusalem would be destroyed (e.g. Matthew 24:1-2), the gospel would be proclaimed in Jerusalem, Judea, Samaria and throughout the world (Acts 1:8; Matthew 24:14), Paul would proclaim the gospel in Rome (Acts 23:11, 27:24). All of these things had to occur before Christ returned for his people. 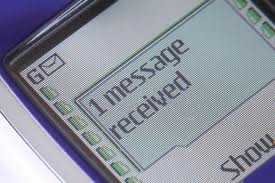 As the axiom goes, “The Bible can never mean what it never meant.” Whatever these words of Jesus (or Paul, or James) meant to the people to whom they originally spoke or wrote, that’s what they mean to us today as well. The statements about not knowing when he would return and for his people to be ready couldn’t mean that his return for them was imminent because there were still events that had to take place before Jesus’ return. Jesus wasn’t teaching his return could occur at any time and that there were no events that must happen first. And if these instructions didn’t teach an imminent rapture to them, then they don’t to us either.

There is no place in Scripture where we’re told that Christ’s return for his people can occur at any time and that no other events need to happen first.

We’ve examined the three foundational claims that are supposed to teach a pretrib rapture, and we’ve found they can’t be supported biblically. Next week, we’ll look at the rest of the assorted arguments used to suggest a pretrib rapture. (If you have an argument in favor of a pretrib rapture and you’d like me to include it, please let me know.)

The return of Christ series:

More on the millennium

Examining the pretrib rapture: Israel and the church

Examining the pretrib rapture: Is the rapture imminent? [see above]

Locusts and dragons and beasts, oh my! (Or the great tribulation)

“Pleased to meet you . . .” (Introducing the Antichrist)

The return of Christ: Odds and ends

4 thoughts on “Examining the pretrib rapture: Is the rapture imminent?”