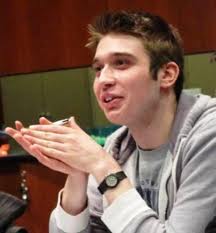 I could tell he was reluctant to ask his question, but I encouraged him that any sincere question was welcome. He seemed shocked at himself for actually expressing his doubt aloud, but he blurted out anyway: “I just don’t understand how this kind of verse can be the Word of God!” The passage that was troubling him was Psalm 137:8-9:

The first thing I said in response was that I would be troubled by anyone who didn’t find this passage disturbing! I could immediately see the relief on his face. He later explained that he was afraid we would think he was some kind of heretic or atheist because he dared to even wonder about a particular verse of Scripture. We went on to discuss this passage in its context. But before I share more with you about this specific case, I want to step back and look at this more general question: What do we do when we run across a passage of Scripture that really troubles us or even makes us doubt? How do we handle it when it seems the Bible might be wrong?

When facing such a problem, it’s easy to fall into one of two extremes. We can just rely on blind, irrational faith, insisting that if the Bible says it—no matter how illogical or silly it sounds—then it’s true. The problem with this approach is that we may be holding sacred our own mistaken idea of what the Scriptures are saying, not what the Bible actually communicates. (We’ll see some examples of this below.)

But then, at the slightest hint the Scriptures might be in error, we could also simply reject the Bible as inspired or infallible. We can assume that all the critics are right and the Bible is a merely human book, describing the beliefs of people in the distant past. The problem with doing this is that the Bible has a long track record of refuting its critics. (We’ll see some examples of this below also.) If we too easily reject the Scriptures, we might find ourselves rejecting the very Word of God.

So what do we do? It’s interesting that even Christians in the relatively early history of the church had to face difficult passages of Scripture. Sixteen hundred years ago, the pastor and scholar Augustine described how he approached these kinds of challenges. His methods are still sound for us today, and we’re going to look at each of his three suggestions. But we begin with a fourth step I’ve added (with which I’m sure Augustine would agree):

1. Pray
It often goes without saying, but the first step in studying the Bible—especially when struggling with something difficult to understand—should always be to pray. If the Bible was written through the divine inspiration of the Holy Spirit, then we need the illumination of the Spirit to properly interpret the Scriptures. We need to humbly ask God to help us understand the heart of what he’s telling us in his Word.

2. Check the translation
It’s easy for us to get the wrong understanding of a Scripture passage because of an unclear translation. This is especially true of older translations that use more archaic English. I love the King James Version. I grew up with it; it was the only Bible I knew for years. But I can’t tell you how many times people have come to me with a passage they don’t understand in the KJV. When I show them the passage in another, more clear translation, the response is usually, “Ohhhhhh, that’s what this means.”

For instance, many people are confused by Jesus’ desire to “suffer the little children [Matthew 19:14],” not realizing that today this would be expressed as “allow the little children” or “don’t prevent the little children.” So if you’re reading something that doesn’t make sense, try reading it in a different translation. Many times, reading the same passage in different words can help you better understand the passage.

Augustine would say ‘check the manuscripts.’ This sounds overly technical and even intimidating to many ordinary Christians today. Thankfully, we can all check the manuscripts; all it takes is reading the notes in our Bibles. If you check the little footnotes in your Bible, you’ll see a few of them that say something like: “The oldest and most reliable manuscripts do not contain this passage.” These notes refer to verses that the vast majority of biblical scholars agree were accidentally added to the text centuries after it was originally written. We know these passages shouldn’t be included as Scripture. Here’s an example from John 5:4 (from the KJV):

For an angel went down at a certain season into the pool, and troubled the water: whosoever then first after the troubling of the water stepped in was made whole of whatsoever disease he had.

This was apparently someone’s attempt to explain why the people were trying so hard to get into the pool. At first, this explanation was written in the margin, but it eventually was incorporated into the text itself. But—by comparing all the thousands of manuscripts we have available—textual scholars can ascertain the original reading and the spurious addition (and even determine the general timeframe when it was added). So we don’t have to accept this odd and superstitious reading as part of John’s Gospel.

4. Work to truly understand the passage
If you’ve verified that the translation actually means what it seems to mean, and there are no notes in your Bible indicating the passage isn’t authentic, then it’s time to push up your sleeves and do the work necessary to properly understand the passage. While the essentials of the gospel are crystal clear in Scripture, not everything is as easy to immediately grasp. Speaking of Paul’s letters to the churches, Peter wrote that “some of his comments are hard to understand [2 Peter 3:16].”

In passages such as John 6, we see Jesus teaching things to the people that were difficult to hear and accept. He knew that many of them were following him for superficial reasons, not because they understood the spiritual significance of what he said and did. So he would occasionally teach hard truths, to distinguish between those who had “ears to hear,” and those who weren’t willing to truly hear. We need to not reject a passage right away just because it disturbs or confuses us. We first need to make sure we accurately understand the passage.

In the passage we began with, Psalm 137:8-9, who is speaking? It’s not God. The author is one of the refugees from conquered, destroyed Jerusalem. He’s a Jew who now lives in the land of his conquerors: Babylon. He is overwrought with what has befallen his people and his homeland, and he longs for vengeance against the people of Babylon. He cries out for them to experience the same horrific fate they’ve perpetrated upon his people. The psalm is very expressive and even moving in places, but it doesn’t express the heart of God; it dramatically expresses the heart of these devastated Jewish refugees. Once we’ve done the work to understand the passage in context, it still disturbs us, but we don’t have to accept it as the will of God. [For more on this, see The psalms: Prayers to God that speak to us.]

An earned benefit of the doubt
We don’t want to fall back on a blind, subjective faith in Scripture. On the other hand, we need to realize how often the Bible has proven itself accurate against the attacks of the critics. A classic example concerns the existence of the Hittites. The Old Testament refers many times to these people, portraying them as a major power and sometimes foe of Israel. Not long ago, if you had suggested in a secular university that this biblical portrayal was historically relevant, you would have been laughed out of class. Everyone knew the Hittites were a biblical myth, at most a minor, insignificant local tribe. That is

until a few decades ago, when archaeologists began uncovering confirmation of the Hittite empire. As it turns out, these Hittites had a rich, longstanding culture, they were dominant over a widespread territory, the other major powers of the region considered them a threat, and they existed during the same timeframe the Bible describes. Score one for Scripture.

This same kind of scenario has played out again and again. Many times the Bible has proven itself to be far more accurate than the supposed “experts.” This doesn’t mean we should just assume it can never be wrong, especially in our interaction with skeptics and unbelievers. But it does mean that none of us should too quickly dismiss the claims of Scripture because of the current consensus of skeptical critics. We need to resist the temptation of a knee-jerk reaction, either in support of a particular reading of the Bible or in opposition to it. Especially for those who are followers of Christ, we must:

Work hard so you can present yourself to God and receive his approval. Be a good worker, one who does not need to be ashamed and who correctly explains the word of truth.

A matter of faith: Believing the Bible

The Bible: Are we really reading what they wrote?

Why we can trust the Bible

What do we do with difficult Scripture passages? [see above]

6 thoughts on “What do we do with difficult Scripture passages?”