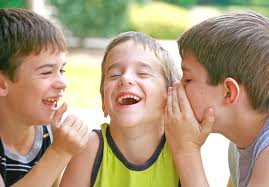 Did you ever play the game ‘telephone’? That’s where you sit in a circle, and the first person whispers some nonsensical phrase to the next person, something like: “Sally sold all her shells.” Each person whispers it—only once!—to the next person until the phrase gets all the way around to the last one in the circle. Then they venture their best guess as to what they heard (“Sand your soles or else”?), and everyone gets a laugh at how badly the message got mangled.

It’s not unusual to hear people compare the way we’ve received our current Bible translations to this children’s game. But is this a fair comparison? Let’s think about this. What if the statement being repeated wasn’t a silly, meaningless phrase? What if it was a profound truth so important to the people repeating it they’d be willing to die for this belief? Would this improve the accuracy somewhat? And what if they wrote these truths down, and then others made new copies from these written accounts? Wouldn’t this make the end result more trustworthy? Maybe this children’s game isn’t really the best match for how the Bible has been passed down over the centuries.

Here’s another of the most commonly repeated, but erroneous, criticisms about the Bible:

These kinds of statements just reveal that most people don’t know much about the process of translating the Bible. Unless you read ancient Hebrew and Greek, you’re going to require a translation of Scripture in order to read it. Usually these translations are produced by teams of scholars who are skilled in both their knowledge of ancient languages and their knowledge of the Scriptures. They never begin with another translation of Scripture; they always begin with a careful study of the original languages used in the ancient manuscripts. So the statement highlighted above is simply wrong.

Is the process foolproof? No, it’s not. But scholars seek to ensure that this process—and the end result—are as free of error as possible. This isn’t just true for the study of the Bible, this is done for all important ancient works. A whole scientific field has developed because of the need for these kinds of studies: textual criticism. (This doesn’t mean critical in a negative, tear-it-apart kind of way, but an exacting, precise manner of studying ancient texts, including the Bible.) There are three criteria these scholars consider in determining how trustworthy an ancient document is:

1. How early is the oldest manuscript?

2. How many manuscripts do we have?

Let’s evaluate the New Testament using the same tests we’d use for any other ancient book:

Let’s discuss some comparative writings from antiquity so we know what’s acceptable. Many of us read Plato in school. Plato wrote around 400 BC. The earliest manuscript for any of Plato’s writings dates from approximately 900 AD. That’s a difference of 1,300 years. And no one in a political science class ever suggests that we don’t know what Plato actually wrote. Let’s look at a couple of examples from the 1st century for a better comparison. The earliest manuscript for the Jewish historian Josephus is from the 11th century, and for the Roman Tacitus from the 9th century.

In comparison, the earliest manuscript from the New Testament is part of a Gospel of John and it’s dated approximately 125 AD. If John wrote his Gospel around 90 AD, as most scholars believe, this means the time that elapsed between his writing and our earliest manuscript is only around 35 years. In the study of ancient literature, this is astounding! We have many very early manuscripts, and we’re finding more manuscripts all the time. [A fragment of the Gospel of Mark was recently discovered that scholars say dates from the 1st century. If so, this will now be our earliest manuscript. The findings are due to be published later this year.] How does the New Testament handle this first test? I’d say pretty well!

How about for the New Testament? Well, if we count only the Greek manuscripts, we have over 5,700 (and the number is still growing). Textual critics also highly value ancient translations of works into other languages. If they can compare how a certain Greek word was translated into Latin, Syriac and Armenian, for instance, it gives them greater insight into the original Greek meaning. In addition to the 5,700+ Greek manuscripts, we have over 10,000 Latin translations, thousands more in other various languages, and over a million (that’s right million) quotations of the New Testament in the writings of the early church leaders. In fact, if we didn’t have any New Testament manuscripts at all, we could duplicate almost all of the New Testament by using only the quotes contained in the early Christian writings. And we should remember this was a faith and a Book that was outlawed for the first 300 years of its existence. How is the New Testament doing so far?

Why is it so important to have a lot of manuscript copies? Let me give you a real illustration. Classes in Bible college or seminary will sometimes do an experiment. Let’s say we have 30 students. The teacher recites, in English, a certain passage of Scripture (maybe a chapter from a gospel such as Matthew), and the students copy down what they hear the teacher reading. Now it’s highly doubtful we’ll have 2 identical copies produced in this experiment. They’ll all have variations. And there won’t be a single perfect copy produced. Everyone will make some mistake. Some will just misspell a word here and there, but some will miss a whole phrase or put down an entirely wrong word. But here’s what’s important: not all of the students will make the same mistake. Even if 3 students make the exact same mistake, we can correct their mistake by comparing it with the other 27. So, by comparing the 30 different copies, we can determine the correct original reading. Do you see how this works? Do you think having over 5,700 Greek manuscripts of the New Testament is important? So just how much of the original New Testament reading can we determine by comparing these manuscripts?

How much of the content is in doubt?
No two manuscripts of the New Testament are identical. Critics of the Bible sometimes toss out this fact as if they’re revealing some deep, dark secret. But every first-year Bible college or seminary student knows this, and all Christians should be aware of it. All this proves is that the transmission of the New Testament wasn’t highly controlled (which calls into doubt many of the more outlandish conspiracy theories regarding the early church). As we’ve seen, we should expect these differences in the manuscripts, what the scholars call ‘textual variants.’ The question is, how serious are these variations?

There are hundreds of thousands of variations in the New Testament manuscripts. This may sound bad, until we realize that every time even one letter is changed in the spelling of a word, this counts as a variation. If 3 letters are different, then that counts as 3 variations. Many of these, if not most, might not even have been considered errors at the time because the people were accustomed to great variation in how they spelled things like names. Other differences involve variations that are so slight we can’t even reflect the differences in our English translations. Almost all of the differences between New Testament manuscripts involve these very minor variations.

So the question is, how much of the actual text is in question? And the answer is less than 1%. And there is no essential Christian teaching that is dependent on one of these few uncertain texts. What are some of these passages we’re not quite sure about? Here’s one example from Romans 5:1:

Therefore, since we have been made right in God’s sight by faith, we have peace with God because of what Jesus Christ our Lord has done for us.

Most current translations read as this one does, “we have peace” with God. But, in some Bibles, we’ll see a note telling us that some early manuscripts read “let us have” peace with God. “Not a huge difference,” you might say. Yet this is how exacting the biblical scholars are. They invest great amounts of time to even studying such relatively subtle differences. Another one we could mention is 1 John 1:4. We can’t be entirely sure whether he wrote so that “our joy may be complete” or that “your joy may be complete.” Despite the offhand dismissals we often hear in casual conversation, we are actually certain of the reading of the New Testament in over 99% of the text. So when we test the New Testament, we see we have extremely early manuscripts, a wealth of manuscripts to study and compare, and we’re therefore able to be very confident that we’re reading what the original authors wrote.

Part of what gave scholars confidence in the Old Testament text is knowing the exact nature of the process for copying it. Professional scribes were trained to copy the Hebrew Scriptures, and they went to extreme lengths to make sure they didn’t alter anything in their copying of the text. They would count the total number of words and letters in a book, and in specific sections of the book. If the numbers varied, they would destroy their copy and begin again. They would count to the specific word at the very center of a book and sections of a book. They would verify even the middle letter of a book or section of a book. Any variation and they would scrap their work and start all over again. (And I thought I was a perfectionist!)

One of the most electrifying discoveries in the Dead Sea Scrolls (found between 1947 and 1956) was a complete Hebrew manuscript of the Old Testament book of Isaiah. This newly discovered copy of Isaiah was 1,000 years older than the oldest manuscripts previously available. How would the 10th century Hebrew manuscripts compare to what had been copied 1,000 years earlier? The results were breathtaking. The versions were practically identical, with only a few minor variations. This, after 1,000 years of copies and recopies. Amazing!

So we enjoy overwhelming evidence that when we read the Bible, we’re reading what was originally written by the biblical authors. But how do we know that what they wrote is actually true, and even the inspired, infallible Word of God? We’ll continue exploring this subject next week.

A matter of faith: Believing the Bible

The Bible: Are we really reading what they wrote? [see above]

Why we can trust the Bible

What do we do with difficult Scripture passages?

2 thoughts on “The Bible: Are we really reading what they wrote?”